I write to you from 2020, a world where there is no more Ecocide; a law of Eococide has now been passed after 5 years of transition where all companies have been given subsidies to prioritise a green economy; governments have been re-writing their policies and laws to bring them in line with the 5th Crime Against Peace and banks have new investment rules that categorise investment into dangerous indistrial activity as unsupportable. Innovation in the green sector has flourished and economies are stabilising; long-term investment signals into green-tech have brought a flood of job opportunities to millions of people across the globe and Green Crime has become a thing of the past.

My wish is not only possible, it almost became a reality 14 years ago. Back then the Rome Statute was put in place — however earlier drafts had included a law of Ecocide. [See more info further below.] Can you imagine where we would be if it had been enacted? We would be in a place just as I envision for 2020.

This time round we can put in place the missing 5th Crime Against Peace by bringing the people of the world together — and that is why we are calling on you and every one you know to support our Wish20. Our leaders need a public mandate to step forward and say yes to making Ecocide a crime. This time round we can make sure it does not get overlooked. Please help us make it happen. Sign our Global Citizens Initiative and help us create a world map of support for a law of Ecocide.

Polly reports on a groundbreaking discovery; Ecocide was examined for decades by the UN to be included as the fifth Crime Against Peace.

Imagine my surprise when a journalist called me a year ago to ask for my comment on the news that a law of Ecocide had been considered an international crime over 15 years ago. All we had was one document that referred to three countries who had objected to it being included as Crime Against Peace.

Today we have a paper trail that takes us back to 1972. The call to make Ecocide an international crime is nothing new – over 7,000 people took to the streets in Stockholm in 1972 to demand that ecocide be a crime. It was the time of the Vietnam War and world leaders had met in Stockholm to resolve environmental issues at an international level for the first time. At the same time, The People’s Forum brought together some of the top experts of the day to discuss ecocide.

Fast forward a decade; 1985 saw the flame of the Law of Ecocide burn brightly again. Most significantly was the draft Code of Crimes Against the Peace and Security of Mankind (precursor to the Rome Statute) which included Ecocide. For a further 11 years the United Nations partook in concerted debate, discussion and research — one researcher even drafted the Ecocide Convention. What happened next is set out in the research paper, Ecocide is the Missing 5th Crime Against Peace.

This explains why there are already ten countries with national laws in place to make Ecocide a crime.

Launched 19th July 2012 by The Human Rights Consortium at the School of Advanced Studies, University of London, The Ecocide Project will continue to unravel the question as to why it was shelved. Dr Damien Short, who has just taken up the post of Director of the Human Rights Consortium said “the paper provides a foundation of understanding on which we must build; there is more vital work to be done.” The report draws attention to the preamble of the draft Ecocide Convention, where there is the explicit recognition that Ecocide is not always a crime of intent – and that Ecocide is caused in both times of war and peace.

These are words that have just as much relevance today as they did when they were written in the draft Ecocide Convention in 1973:

Man has consciously and unconsciously inflicted irreparable damage to the environment in times of war and peace.

My dream is for a world of peace, a world where mass damage and destruction no longer exists. I believe we can live in peaceful enjoyment where both people and planet are put first.

Like the name of the research paper, Ecocide is the missing 5th Crime Against Peace – just imagine; when we close the door to mass damage and destruction a new door will open. When it does close, our world of conflict will end. What will open is the door to the world of peace. 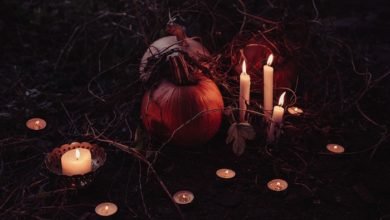