In a recent article by John Newton and Paul Ashton from the University of Technology Sydney, the question is raised as to whether or not one can call oneself a true member of their nation, or even bioregion if they have not partaken of it’s indigenous fare. This question I’ve found particularly pressing, and one that seems a little too hard to swallow (pun intended) as the answer feels like a squirmish, yet resounding no.

As permaculture designers however we have the chance to turn that hard lined, uncomfortable no, into a more cushy one, as we take on the role of including some of these subtropical edible and useful plants into our gardens and food forests, and with any luck soon we might start seeing a few more folk sipping on Banksia sweetened water, nibbling on Peanut Tree seeds and Bunya nuts with a ‘Kanga Banga’ at the sunday barbecue wrapped in bread made from Bulrush flour, and covered in Davidson Plum sauce.

Which gives us a great, if not a little more obvious place to start, the Davidson Plum. There are three rainforest species under the genus Davisonia, but the more common and palatable varieties are the Davidsonia jerseyana, Davidsonia pruriens. The plant is cauliflory, meaning it fruits on it’s trunk like the Brazillian Jabuticaba (Plinia cauliflora), among others. Unlike the Jabuticaba & Co. however the Davidsonia Jerseyana grows tall and slender, looking a lot like a Paw paw in it’s upright straight behaviour, which makes this a perfect plant for those tight spots between buildings, or as another added dimension to a food forest. But it’s the fruit that we’re really after; a bitter and juicy taste with a vitamin C hit unlike most others, it’s perfect for jams and preserves.

Another plant less known for it’s edible and useful attributes is the common Bulrush (Typha orientalis). This plant you’re likely to find in any wet land area throughout every Australian state, you’ll also find it right throughout East and South East Asia, as well as New Zealand. It’s rhizome or tubers are rich in protein and starch. It can be eaten raw or cooked, it can even be dried and ground into a flour. If you’re feeling particularly adventurous you could follow many indigenous peoples and use the stems for twine and thatching.

A beautiful plant that is a common sight around Eastern Australia is the Coastal Banksia (Banksia integrifolia). A species well adapted right across the east coast of Australia, it produces large amounts of pollen and nectar, and is therefore highly desirable, not only to rainbow lorikeets and other native birds, but to bee keepers as well, due to it flowering when not many other species are doing so. It was also noted during early colonial times that the Banksia’s sweetness was often taken advantage of by the original inhabitants, or indigenous peoples by simply stroking the flower and licking their hands. A more direct and possibly less sticky way to enjoy the Banksia bounty is to soak it in luke-warm water overnight and enjoy a sweet beverage upon waking.

A personal favourite has to be the Peanut Tree (Sterculia quadrifida). This small tree grows in tropical coastal areas of Queensland, North East NSW and the parts of the Northern Territory. It produces red leathery pods between 4 and 7 centimetres long which contain little black edible seeds that taste like, you guessed it, peanuts! The pods split open anytime from April through to December. The leaves have also been known to be cooked with meat as a sweetener.

The Bunya Pine (Araucaria bidwillii), this is not one to be included in the standard backyard planting, as it grows to become a giant of 30-45 meters, with edible nuts the size of footballs! This beautiful and grand specimen is naturally found in South East Queensland where indigenous tribes would come from far and wide to celebrate a bountiful, though irregular yield. The tree is a relative of the Monkey Puzzle (Araucaria araucana), the national tree of Chile, and dates back to a time when Chile and Australia were one and the same continent. The seeds of the Bunya Nut are eaten both raw and cooked, and can also be ground into a paste. The plant’s popularity is evident in the fact it now can be found in local fates and cuisine festivals around Australia, dressed up in all sorts of fancy attire from cupcakes and piklets to pesto and pastries.

This list is just the beginning. I hope it’s wet your appetite. And regardless of where you’re from, get out there and become a true member of your nation and bioregion!

Living Simply in a Tiny Off Grid Cabin 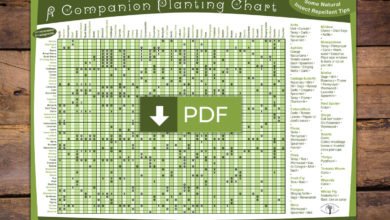 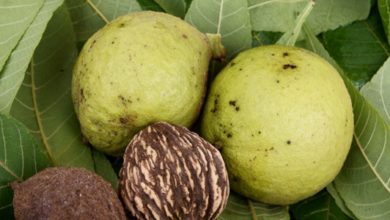