According to a new research findings, over the next 100 years due to climate change, land suitable for agriculture is going to expand by 5.4 million km2, particularly in the Northern Hemisphere at high latitudes in countries like Canada, China and Russia. However, further down in the Global South, especially in the tropical regions, along with reduction in suitable land there, will be a decrease in suitability for multiple cropping.

The suitability of a piece of land for agriculture depends on natural factors such as local climate, soil and topography. Due to climate change and anthropogenic activities these natural conditions are changing throughout the world, resulting in variation in availability and quality of the land for agriculture.

According to one estimate, 19-23 hectares of suitable land is lost per minute due to soil erosion and desertification. Another study projects that nearly 1.5 million km2 will be lost due to urbanization by 2030.

The increase in population is resulting in more demand for food, feed, fiber and bio-energy, which in turn is increasing the pressure on land. This burgeoning situation is causing trade-offs between different uses of land and ecosystem services.

Understanding and creating a database on the variation of the potentially suitable land for agriculture due to climate change is very essential. This will help to optimally use the land resources for human needs without encroaching into precious ecosystems.

With this objective, researchers from the Ludwig Maximilians University, in Munich, Germany, made simulations using the global climate change model ECHAM5, under SRES A1B conditions, comparing the time-period 2071-2100 with 1981-2010. The model helps to predict the climatic effects of various scenarios and rates of increase of CO2 emissions.

They analyzed the distribution of suitability for 16 major crops including rice, wheat, soya beans and maize, that are most important for the global economy, food security and energy requirements. “Based on the environmental requirements for the growth of these plants, in terms of climate change, soil and terrain, one can determine whether or not a given location on earth provides conditions required by specific crops,” says Dr. Florian Zabel, one of the authors of the new study. Also they estimated the changes in the number of cropping cycles for these crops over the next 100 years.

For the time-period 1980-2010, if protected areas and dense forests are excluded from suitability calculations, 54.1 million km2 is suitable and 42.6 million km2 is unsuitable for agriculture. Present coverage of agricultural land (including pastures) is 49.1 million km2, which means, 91% of all suitable land is already occupied by agriculture.

In countries like the USA and India, most parts of the currently suitable land is already used up. In regions like Africa, Latin America, Australia and larger parts of Asia there are still reasonable land areas left for future expansion. But these expansions can only happen by clearing the protected areas, forests and grasslands at huge ecological costs.

“This approach has been increasingly adopted over the past several decades in countries such as Brazil and Indonesia. The problem is such forest areas provide crucial ecosystem services which, among other things, help to regulate climate. Loss of these sources of natural regulation could make whole regions infertile,” says Prof. Wolfram Mauser. A sustainable alternative to this destructive expansion needs to be found, to meet the growing need for agricultural products. As Dr. Mauser points out, “… this will require a detailed understanding of the agricultural potential at every point on the land surface.”

Change in agricultural suitability between 1981–2010 and 2071–2100. Green areas indicate
an increase in suitability while brown areas show a decreasing suitability.

To find the future agricultural suitability for the time period 2071-2100, researchers chose the SRES A1B emission scenario, with an assumption that there will be no changes in the irrigated areas, soil properties, terrain or any adaptation measurements by farmers such as crop breeding.

The simulation projects an increase in the potentially suitable area globally by 5.6 million km2 with new agriculturally suitable lands becoming available in the Northern Hemisphere especially in countries like Canada, China and Russia. “Much of the additional area is, however, at best only moderately suited to agricultural use, so the proportion of highly fertile land used for crop production will decrease,” says Zabel. Though the land becomes suitable, extending agriculture into these sparsely populated areas will not be easy and will definitely take a long time. It will need a huge financial investment with fresh labor to make the land conducive for farming.

The simulation also predicts that in regions such as sub-Saharan Africa, Brazil, the Mediterranean region and France, land will not only become less suitable for agricultural purposes, but will also start seeing lesser multiple harvests per year.

Climate change is going to bring in unpredictable ups and downs. Adaptation to climate change calls for an optimal allocation of land resources at the same time protecting and preserving crucial ecosystems. Studies like these will better equip policy-makers to make decisions that will work to implement environmentally efficient and sustainable land usage practices.

Mycelium Running: How Fungi Can Help Save the World 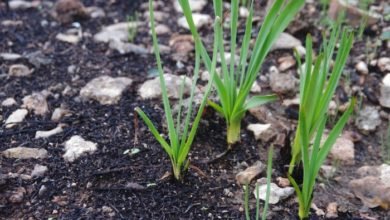 The Atacama Desert, Chile: the Driest Desert on Earth – Five Reasons Why