In 1978 something changed with honey bees in Colombia, South America. Beekeepers began to notice that their nice and well behaved European honey bees (Apis mellifera mellifera, Apis mellifera ligustica, Apis mellifera carnica and Apis mellifera caucasica and the combinations between these species) started to have terrible mood swings! They began to sting repeatedly, and swarming and absconding (abandoning the hive) phenomena were too common (1) (2).

How could that be possible? What happened with the bees? Did the bees get upset because people were taking care of them and using their honey, pollen and propolis?

To answer these questions we have to go back to 1956. That year in Brazil, Dr. Warwick Estevam Kerr was asked by the government to find a species of honey bee that was more productive in the tropics, since the honey bee industry was not performing quite so well, just with the European honey bees. Dr. Warwick imported to Brazil some African honey bees (Apis mellifera scutellata) that were more productive under the characteristics of the tropical world (3) (4).

Dr. Kerr was aware that these African bees were more defensive, so he was doing cautious experiments putting his imported queens in small nuclei of European honey bees, trying to get hybrids that were less irritable but better producers of honey. In order to be careful he always used queen excluders to prevent the queens from escaping the laboratory (5). The story goes that, one day in 1957, an innocent beekeeper from the area removed all the queen excluders. Suddenly, 26 queens escaped the lab in small swarms. (6) (7). Thus, Dr. Kerr changed the history of beekeeping in a big part of the American continent.

These amazing 26 females had only one purpose — they decided to conquer the tropical and subtropical mainland of the Americas! They survived in the forest, open areas, up in the mountains, near the sea and even in the cities. They hybridized with the existing European honey bees and then traveled through South America, on to Central America and finally to North America — being successful between 34° latitude North and 32° latitude South (8). They were not satisfied just traveling and conquering the Americas, they went farther…. They outcompeted European honey bees in many tropical areas and today it is almost impossible to work with pure European honey bees in many places. In fact, one of the few places where people are still working with European bees is on islands (like San Andrés Island in Colombia). In the rest of the tropical continental area, African bees are so abundant that is quite normal that your European bee hives turn into Africanized bee hives.

What makes these African honey bees so successful in the tropics? Why do they displace European honey bees in this climate? There are many reasons:

This expansion turns out to be one of the most successful in the biological world, because in only 50 years they have traveled and become established in many countries in the American continent. To name just a few: they arrived to Panama in 1982, Peru in 1985, Mexico in 1986 and the USA in 1990 (12).

As the expansion was happening, animals and people suffered attacks from these bees and people began to call them ‘killer bees’ and gave them a bad reputation. Even today, the government of the United States of America is still trying to slow the northward spread of these brave insects (13).

At the beginning, beekeepers in South and Central America were not happy with more stings and swarms, but later on they began to work with these bees. In many places, European beekeepers turned into African beekeepers and even today, they are very proud of their cranky friends. Maybe people began to work with these African bees because there was no other option, since they had displaced their European counterparts, or maybe it was the fact that they were better suited for the tropics and they were wonderful producers of honey, pollen, wax and propolis. Anyway, in Permaculture you always try to turn the problem into a solution, and that was what local beekeepers did.

They changed their suits to stronger ones; they began to wear plastic boots and robust gloves. Indeed, huge smokers became very popular! And they had to locate the bee boxes far away from homes, farms and crowded areas. Finally, it all went well. Nowadays in South America you know that many of the honey bees that visit your garden are the African type and you do not run because of that. You keep them planting flowers for them and enjoying the benefits of their pollination services. They even perform a very important task; they defend wooded areas from intruders that want to cut down the forest! Bee boxes inside the tropical cloud forest.
They are located far away from people and farm animals.

Finally, two questions arrive: Can you tell the difference between African and European honey bees? And, why are African bees so defensive?

The answer for the first question is that although African bees are smaller, an untrained eye can’t distinguish between the two species.

Humans and other predators are involved in the answer to the second question: In Africa, the practice of beekeeping is not so common (usually practiced only in Tanzania, Egypt and Kenya) but what is really common are honey hunters. Honey hunting is an ancestral practice that consists of harvesting the honey (also the brood and wax) from wild bee nests and what is really sad to say is that very often the entire colony dies in the process (14). Furthermore, in the tropics there are other hunters: African honey badger (15), bee eater birds, ants, anteaters, etc. (16). In consequence, African honey bees have to defend their nests vigorously.

I really hope that you will not no longer describe them as ‘killer bees’, since they are not hanging around looking for someone to sting just for fun. Indeed, you should know that worker honey bees die after they sting and since they are not carnivorous and they are not going to be able to carry you as food for the nest, why should they want to kill humans? The High Price of Materialism (video) 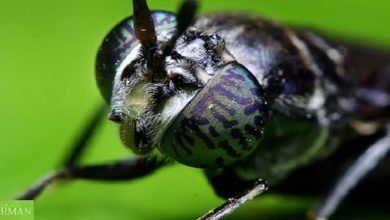 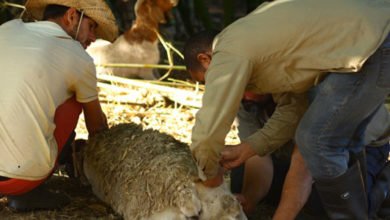