Healthier, more productive pigs, more profit, and much less birth deformities; an important lesson for all farmers not to use GMO feed or glyphosate on their land.

Based on invited lecture at the 1st Forum of Development and Environmental Safety, under the theme “Food Safety and Sustainable Agriculture 2014”, 25 – 26 July 2014, Beijing. I want to tell you what I have seen on my farm and about the on-farm and lab investigations carried out in collaboration with Professor Monika Krüger and other scientists.

My farm “Pilegaarden” (Willow Farm) is an average Danish farm in the small village of Hvidsten. Our pigs are raised accordingly to United Kingdom regulations for pig housing, and exported to the UK for consumption. Inside the pig farm is a straw-based system for the sows as well as a standard farrowing house.

I had read about the effects that GM feed has on rats in lab experiments (see [1] GM Soya Fed Rats: Stunted, Dead, or Sterile, SiS 33), so I decided to change the feed from GM to non-GM soy in April 2011 without telling the herdsman on the farm. Two days afterwards, he said to me: “You have changed the food.” He always notices whenever there is any problem with the feed and tells me. This time was different. Something very good was happening with the food as the pigs were not getting diarrhoea any more. The farm was saving 2/3 of the medicine or £7.88 per sow; not just my farm but three other farms in Denmark that switched from GMO to non GMO feed have also seen the same. Medication after the changeover in the weaners barn also went down dramatically by 66 %, with one type of antibiotics not being used since.

The sows have higher milk production; we can tell because the sows are suckling 1, 2 or 3 more piglets and have more live born pigs, on average 1.8 piglets more per sow. They wean 1,8 pigs more pr. litter, and have more live born pigs. We have seen a certain aggressive diarrhoea disappear altogether that affected young piglets in the first week of life, killing up to 30 % of the pigs. It has completely gone for over 3 years. Sows no longer suffer from bloating or ulcers and they also live longer in high production, only dropping in effectivity after 8 layers compared to 6 on GM soy.

So, a change to non-GM soy makes the herd easier to manage, improves the health of the herd, reduces medicine usage, increases production and is very profitable.

Deformities in the pigs used to be very rare and I used to be proud to send Siamese twins to schools for classes because it would only happen one in a million. But then they became too frequent. So I read a lot on the subject and my suspicion fell on glyphosate. I read how glyphosate had been shown in scientific studies (see [2] Lab Study Establishes Glyphosate Link to Birth Defects, SiS 48, [3]) to cause deformities and noted it was the same type of deformities that I was seeing in my pigs, and the same as those found in anencephaly babies in Washington counties in US [4] that Don Huber talked about as well as the birth defects in Argentina [5, 6] (Argentinas Roundup Human Tragedy, SiS 48) as described by Dr Medardo Avila-Vasquez where high levels of glyphosate are used. I had looked at studies showing that a 2-day exposure to 3.07 mg/l glyphosate herbicide caused only 10 % mortality but caused malformations in 55 % of test animals [7]. A toxicological study in 2003 led by Dr Dallegrave [8] found bone abnormalities, absence of bones or parts of bones, shortened and bent bones, asymmetry, fusions, and clefts in rats. So, after this I began to list all the deformities I saw in my pigs.

I decided to be on the safe side, by listing the clear deformities that cannot be missed, like a back that is totally kinked over (see Figure 1). I have pictures of all the deformed piglets, which are born alive in most cases. One had a 180° bend in one of its vertebra. There were also deformities in the soft tissue, and one without an anus. One had kidney problems; another had its stomach outside the body. One had a cranial deformity, with no eyes and its brain outside the head; this is very typical. One had no cranium at all. Some are even messier. There was a piglet with only one eye, and one completely headless. There was a little nose, but it had no bones to grow on so it probably would have died just after birth. We also started counting deformities of the tail, which are never fatal but are actually spinal deformities.

I sent the deformed piglets to Germany to be analysed by Krüger at Leipzig University. She opened them up and took the organs including the lungs, liver, kidneys, muscles, nervous system, intestines and heart; and she found glyphosate in all of the organs (see Box). You can see some of them in the scientific paper I published with Krüger and other scientists [9]. Figure 1 — List of documented deformities observed (with Chinese translations) in piglets born
to sows fed a diet containing different amounts of glyphosate. Glyphosate is present in
all animal feed (except organic) due to the indiscriminate use of Roundup pre-seeding, or
as desiccant; manure has Roundup residues in it and is recycled in the feed.

A total of 38 deformed Danish one-day old piglets were euthanized and the tissues analysed for glyphosate using ELISA (enzyme-linked immunosorbent assay). All organs or tissues had glyphosate in different concentrations. The highest concentrations were seen in the lungs ((0.4-80mg/ml) and heart (0.15-80 mg/ml); the lowest in muscles (4.4-6.4 mg/g).

Rate of malformation increased to one out of 260 born piglets if sow feeds contain 0.87-1.13 ppm glyphosate in the first 40 days of pregnancy. In case of 0.25 ppm glyphosate one out of 1 432 piglets was malformed. These piglets showed different abnormalities as ear atrophy, spinal and cranial deformations, cranium hole in head and leg atrophy; in one piglet only a single large eye developed. Piglets without trunk, with elephant tongue, and female piglet with testes were also present. One malformed piglet showed a swollen belly and fore gut and hind gut were not connected.

The researchers note: “Further investigations are urgently needed to prove or exclude glyphosate in malformations in piglets and other animals.”

Teratogenic dose much lower than the regulatory allowed dose

In addition to these experiments, I had over 30 000 piglets born over 2 years and therefore have statistical data that are not easily available in the lab and this is where farmers have the ideal opportunity to do their own testing. I tested the food, the foetuses, the urine and the grains that came into the farm. To do the tests, take representing samples from the batches of food, mix them, and take 100 grams in a plastic bag of each to be tested, or 100 ml of liquids. When taking muck and urine for testing, you need patience; blood tests can be done by a vet. Send it for analyses to a lab that has the facilities to test glyphosate down to about 0.1ppb = 0.1 milligram per tonne. If tests are only detecting at above 0.1ppm = 0.1 grams per ton, it cannot show you what is in urine and muck. It costs about £30-50 for one test. Tests in oils might not be possible; you need to ask beforehand.

The results of the tests showed that with 0.06 mg/kg of glyphosate residue in the feed – much lower than the allowed 20 mg/kg – I was getting cranial and spinal deformities after 2 months of feeding (see figure 2). At 0.1 mg/kg I was also getting deformities, but not many so that one pig could alter the numbers. But, at 0.2 mg/kg the deformities start to go up. At the maximum of 2.26 mg/kg the numbers start to get very high.

I also got help from Thomas Böhn from Norway who told me to look at longer intervals. We got numbers after 6 months to see an accumulative effect. The story is exactly the same. There is a very clear difference between low and high levels of glyphosate. We also looked at the numbers of pigs born, which was significantly less after eating food with higher levels of glyphosate (see figure 3) with a significant difference of 1 less pig born per sow between low levels of glyphosate in feed accumulative intake over a 35 days period (<3 mg/kg body weight) and high levels (3-9 mg/kg body weight), consumed just in the last 5 weeks of pregnancy. So we have less born as well as the odd ones that are deformed.

In short, the differences we saw with having 5 times difference in glyphosate levels from 0.2 to 1 part per million (ppm) was a 5 times increase in cranial and spinal deformities at birth, as well as 5 times more abortions as well as 0.95 less piglets born per litter.

Glyphosate has known toxicities down to extremely low concentrations

We can also relate the actual levels of glyphosate in feed to the level in the urine. So for 1132 ppb (or 1.13 ppm), there is 44 ppb (~ 4 %) in the urine and 246.33 ppb (~22 %) in dung. When I tested my own urine, I found that I had 2.58 ppb and that is not from eating GM contaminated feed but from eating normal food from the Danish shops. This is already at the level of higher rates of abortions and deformities and probably also fertility problems. Is this why in the Western world we have a very big problem with fertility (see [9] Glyphosate/Roundup and Human Male Infertility, SiS 62)? And at 1000 ppb, glyphosate is patented by Monsanto as an antibiotic, actually killing the beneficial microorganisms. At 0.1 ppb (less than 1/25 the level measured in my urine) Roundup caused tumours in 80% of rats compared to 20 % in the controls [10], which only developed them at 700 days. To have that high level of glyphosate in my urine, I must have consumed at the level of about 0.2ppm or 2000 times more than the test rats. So what does that mean for the rates of cancer (see [11] Glyphosate and Cancer, SiS 62)? Figure 3 — Rates of liveborn per sow after consuming low and high levels of
glyphosate in feed in last 5 weeks of pregnancy.

I have a short film about how it is to be a farmer, I always feel very bad about my pigs getting ill so I leave the film for people to see. These same things must be happening in Chinese farms also, as they are using the same feed as I used to. Even non-GM soya contains glyphosate and we as farmers need to demand that it is not sprayed down with glyphosate because it can affect people as well as pigs.

Any farmer who switches away from GMOs and Roundup will experience improved health in their herd and crops. What I have seen in my pigs, knowing about the scientific studies on malformations due to the chemical Roundup and the fact that 1/80 people in certain towns in Argentina have the same defects after being exposed to the chemical and the fact that I know of 14 Danish people born with deformities of the same type makes me wonder what we are doing. And it scares me. A farmer’s task is to provide nutritious and healthy food for consumers, GMOs and Roundup provide neither. Thinking about DDT and how we thought that was healthy , that should reminds us that we cannot ignore the warning signs for glyphosate.

Catching a Lyft - the Rising Popularity of Ridesharing 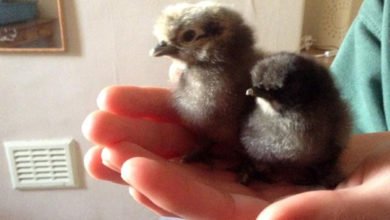 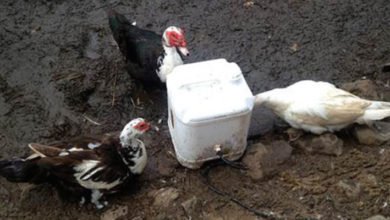 Grazing and Browsing? Forage Trees and Shrubs for Horses