Danish pig farmer, Ib Borup Pedersen, believes that glyphosate damages pigs and that it should be banned, according to an article in Landbrugsavisen.dk, the main farming newspaper in Denmark.

"It shocks me that the industry does not take the evidence of Roundup’s and glyphosate’s harmful effects more serious than it does," says farmer Ib Borup Pedersen of Hvidsten.

Ib Borup Pedersen believes that glyphosate damages pigs and that it should be banned. His own sows and piglets have only non-GMO soybean meal.

GMO soy is sprayed with Roundup and shortly thereafter used as pig feed. The same happens with Danish cereals which are burned down [with Roundup] before harvest.

Both practices, according Ib Borup Pedersen, have a very bad influence, not just on pigs, but also on other animals and ultimately humans who eat the processed foods.

Today, according to the pig producer, there is robust evidence from countries like the U.S. and Germany on glyphosate’s harmful effect.

"But the unfortunate and incredible thing is that the authorities do not take this evidence seriously," he thunders.

The effects he saw in his own herd when he used GM soy, included deformed pigs, reproductive problems, and piglet diarrhea.

In the last three years he has only used non-GMO soy in his herd. The results have been less piglet diarrhea, fewer ulcers, no bloat, and better appetite and milk yield.

"We have increased litters by 1.8 pigs per sow since we switched to non-GM soy," he explains.

Recently he ran out of non-GMO soy and had to order two tons of GM soy.

"My herdsman came immediately and told me about lack of appetite in sows and diarrhea in piglets, though I had not told him that it was GM soy that was in the feed trough," he said.

He does not blame other farmers

He does not blame his fellow farmers for using Roundup or purchasing GM soy. He is, however, baffled that government and the industry are not more aware of the unfortunate consequences.

"We’ve never been told the truth about the dark side of the chemical agents. We only heard about the production advantages," he said.

He blames the chemical industry for covering up inconvenient truths, but he also believes that farmers’ own organizations are aware of the problem.

If it was up to Ib Borup Pedersen, there would be an immediate ban in Denmark on the use of Roundup before harvest.

"Then we should phase out GMO soy from our animal feed," he says.

That non-GMO soybeans are no longer available in the market is a myth.

"Of course it can be purchased, and the price premium is 40-50 kroner per 100 kg, but then Denmark can set an example in providing food that does not harm consumers," he said.

The price premium is worth it, according Ib Borup Pedersen, because it translates quickly into better health in the herd.

"And then the farmers would not find it hard to stand by the products they produce," he said.

Ib Borup Pedersen calls it a scandal if the industry and authorities keep ignoring the evidence showing Roundup’s and glyphosate’s harmful effects.

"Aarhus University also says that there is damage even at lower doses than permitted levels," he said.

Fungal Soil: What Is It and Why Do We Want It? 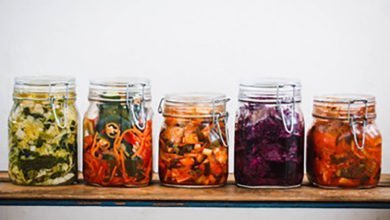