There are a great many Joe Publics out there naively hand-wringing and even taking to the streets to protest over their government’s inability to implement carbon trading. But I’d propose they take a good look at the documents featured here, and consider the old proverb: "Be careful what you wish for, because you may get it."

I’ve personally been watching the carbon trading shenanigans for several years now, and from the earliest days it was clearly a case of obfuscation, delays and trying to get out of a mess using the same thinking that got us there in the first place. Rather than the systemic economic rethink we require, carbon trading is an attempt to patch the gaping holes in neo-liberal capitalism, to keep it afloat a little longer, whilst allowing those causing the greatest destruction to continue reaping the greatest rewards. Carbon offsetting concepts are based on the assumption that perpetual growth, consumer-based capitalism is our only option and must be preserved at any cost. It’s an attempt to bypass reality.

What fascinates me is how the majority of the world’s population are so easily duped into believing a total impossibility – that politicians can simultaneously grow the economy whilst reducing energy consumption. Indeed, it is this impossibility that has kept the United Nations Framework Convention on Climate Change hopping annually, from continent to continent, attending futile COP meetings for 15 years now – consistently failing to achieve anything. Worse, today we have countries vying, like they do for the olympics, for the ‘privilege’ of hosting these farcical events.

I hope these resources, reality checks that they are, will be spread far and wide.

1) Carbon Trading – How it works and why it fails

Remember the Carbon Trading post I put up a while back? Well, in it I included the ability to download an important PDF, titled Carbon Trading – a Critical Conversation on Climate Change, Privatisation and Power. It was very well written, and highly illuminating, but since its publication in 2006 (and after hundreds of thousands of downloads from its source website) the authors of the study have been working on making the 350-page exposé even more accessible.

The latest iteration is titled Carbon Trading – How it works and why it fails (download link at right). It’s been streamlined down to a more readable 100 pages, and of course brought up to date to more accurately reflect the state of affairs we now find ourselves, post-Copenhagen, in 2010.

For your convenience, here’s a peek at the topics covered:

Chapter 1 » introduces carbon trading, how it works and some of the actors involved.

Chapter 2 » explores the origins and key actors involved in building the architecture of emissions trading.

Chapter 3 » examines the performance of the EU ETS and finds that it has generously rewarded polluting companies while failing to reduce emissions. Many of the scheme’s flaws, from the over allocation of permits to pollute onwards, are found to be fundamental to the cap and trade approach more generally.

Chapter 4 » outlines the performance of the CDM and looks at four case studies of CDM projects in Thailand, India, Indonesia and Brazil; it argues that offsets projects, even those that promote renewable energy, will not be a solution to climate change.

Chapter 5 » outlines what could work and ways forward for political organising around questions of climate change.

Upsetting the Offset is a larger, 380-page work with four main sections. The first introduces carbon trading and CDMs (Clean Development Mechanisms), ensuring you’re aware of the ‘logic’ behind these schemes and setting the stage for the offset concept to be… er… upset. The second includes detailed case studies on how carbon trading mechanisms have impacted people in the two-thirds world, in particular. The third steps back from these on-the-ground profiles to give greater context to how carbon trading is less a cure for capitalism than it is an extension of it – that it is in fact a way to create ‘fictitious commodities’ and thus capitalise on whole new frontiers of exploitation.

The fourth section dives into areas of thought that our reductionist politicians deftly avoid – discussing actual alternatives. In this section you’ve find chapters on ‘low impact development’, ‘planning for permaculture’, ‘inspiring examples’ (a section I hope will one day include our Permaculture Master Plan ‘clean development mechanism’) and much more.

Take a look, spread them around, and let us know your thoughts!

P.S.: If you haven’t seen it already, be sure to watch The Carbon Connection video.

Cars and People Compete for Grain 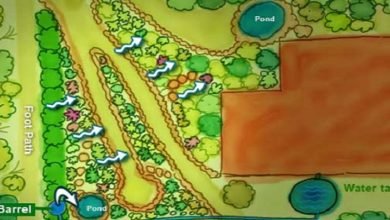