The average person, roaming supermarket aisles with their trolley, is under the impression that our modern globalised food production system, despite being damaging in every other respect, brings one major benefit to consumers — that being more food choices.

It’s a myth. The corporate takeover of agriculture is seeing a rapid and systematic decline in seed and crop diversity, as they seek to standardise all aspects of global food trade. This means that plants that have been developed and optimised for specific micro-climates and soil conditions over thousands of years are vanishing — fast, and forever.

That’s what makes the work of Stephan Fayon, who directs an international seed bank in Auroville, India, so significant. Check out this inspiring clip on his work:

It might be argued that, the issue of unnecessary transport aside, an increase in trade invariably leads to increased choice for consumers. After all, are not consumers now exposed to all kinds of new and exotic foods in their supermarket, foods that cannot be produced locally? While in a sense this is true, the reality is that the purported diversity offered by the global economy and its supermarkets is based on modes of production that are condemning producers to monoculture. The perceived expansion of choice obscures a startling loss in real diversity. Whereas a few decades ago, one could find more than a dozen varieties of apple or tomato in the local market, today there are typically just three or four. These are the same three or four varieties that you would find in a supermarket on the other side of the country, or on another continent – the few select varieties that have the characteristics that are most conducive to the demands of long-distance transport. As part of this process the diverse cheeses from France, the apple varieties of Devon and the olive groves of Andalusia are progressively being replaced by standardised hybrids, to suit the long distance, large scale marketplace. Examples of the once-famed range of more than 200 regional English apples are now a rarity in English shopping baskets – an example of what ‘choice’ actually means in the global economy.

This lack of real diversity at the market is mirrored in an increasing number of the world’s agricultural fields. The consequence of more and more farmers orienting their production towards far-away markets has been a startling loss in agricultural biodiversity. In China, of the 10,000 wheat varieties in use in 1949, only 1,000 remained in the 1970s. In the US, 95 per cent of the cabbage, 91 per cent of the field maize, 94 per cent of the pea, and 81 per cent of the tomato varieties have been lost. According to the UN Food and Agriculture Organisation (FAO), approximately 75 per cent of the world’s agricultural diversity has been lost in the last century. The implications of this trend for food security are ominous. Not only are there fewer kinds of foods being raised and eaten around the world, but diversity within the few remaining staples is being lost as well. Since a field planted in monoculture is more susceptible to devastation by pests and blight, the risks rise exponentially when much of the entire planet’s arable land is planted in virtually identical strains. In 1970, for example, 80 per cent of the corn planted in the US shared a common genetic heritage. When a maze blight struck, it quickly destroyed more than 10 million acres of corn. — From the Ground Up. Rethinking Industrial Agriculture, p. xvii – xviii, by Helena Norberg-Hodge/Peter Goering/John Page

It’s that old short-term thinking thing happening again. Just so a few large agribusinesses can make a killing in the market, we’re rushing headlong towards major vulnerability with our most basic of needs — food. Just like with cloned animals, genetic uniformity equates to natural, and social, instability. Reduced diversity has broad reaching impacts on our world and also our personal health. With cloned animals we could essentially end up with people eating ‘the same cow’ all their lives. With monocrop farming, the result is similar – “Astonishingly, a full 95 percent of the calories we eat come from only 30 varieties of plants, according to the FAO.” (Alternet).

“I have heard . . . that people may become dependent on us for food. I know that was not supposed to be good news. To me that was good news, because before people can do anything they have got to eat. And if you are looking for a way to get people to lean on you and to be dependent on you, in terms of their cooperation with you, it seems to me that food dependence would be terrific. — Senator Hubert H. Humphrey, in naming US Public Law 480 the “Food for Peace” program, Wall Street Journal, May 7, 1982

The hope of the industry is that over time the market is so flooded [with GMOs] that there’s nothing you can do about it. You just sort of surrender. — Don Westfall, biotech industry consultant and vice-president of Promar International, Toronto Star

Supporting local farms, particularly those that concentrate on crop diversity and soil health, is one way you can help reverse this trend. The value of what we are losing cannot be measured.

By growing all of our crops in monocultures, industrial agriculture not only limits what we can eat today, but also reduces the choices of future generations. — Alternet

How the West was Lost 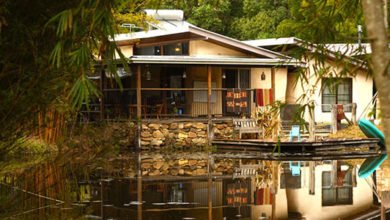 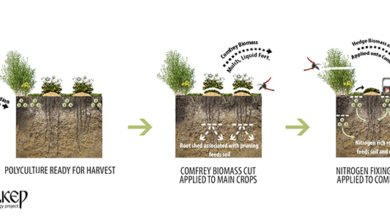